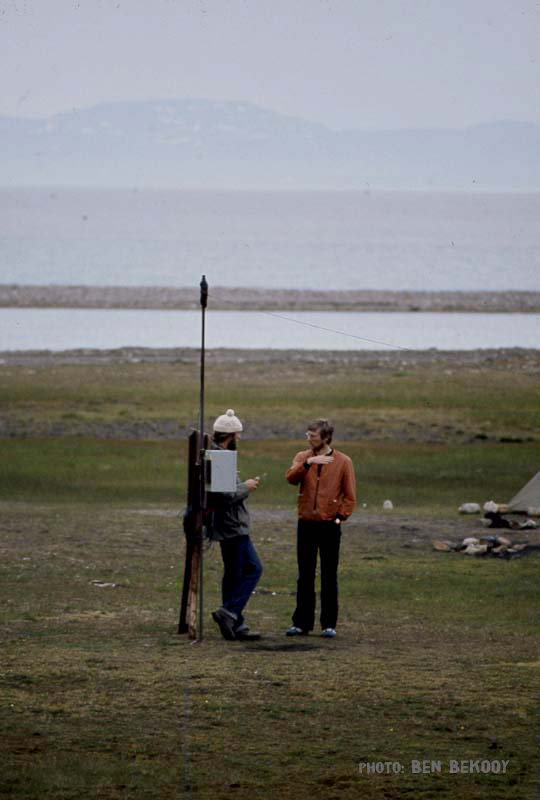 Hotellneset, the plain on which the campsite is located, is named after the first hotel on Spitsbergen, which stood from 1896 onwards for some years a bit further to the East. The campingsite itself was installed in 1976, when after the opening of the airport in 1975, camping tourism became a fact in Spitsbergen. Initially with wild camping right in Longyearbyen, leading to unpleasant remains and abuse of the local facilities from drying dirty socks on the radiators in the miners canteen to washing smelly bodies and clothes in accessible toilets of the settlement. To ban wild camping in a large area in and around Longyearbyen, the designated campingsite was installed by the Norwegian state, which even set up a nice service building with all necessary facilities in 1985, extended already in 1989. The opening season of the service building is limited to the frost-free period, as the non-heated water pipe froze when temperatures dropped a few centigrades below zero. Also by its construction, the building is not suitable for permanent all-year use also through the coldest parts of winter. 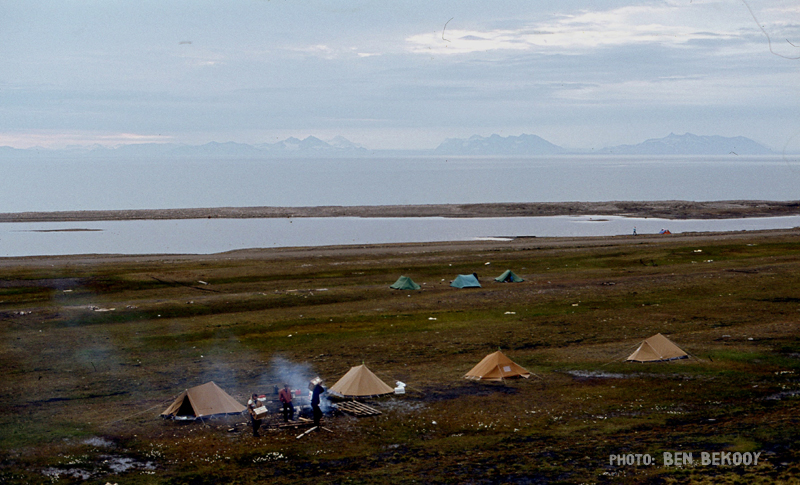 The first years, the campsite was owned by the state and exploited during the season by DNT (Norwegian Tourist Club), then sold for the symbolic amount of one Norske krone to a local company. This company soon found out that running a campingsite in Spitsbergen is not really profitable, so hardly any long term maintenance investments were done. Since 1998, the seasonal management of the campsite was taken over by Spitsbergen Tours on the basis of a long-term leasing contract, which, however, still did not solve the longterm maintenance problem. 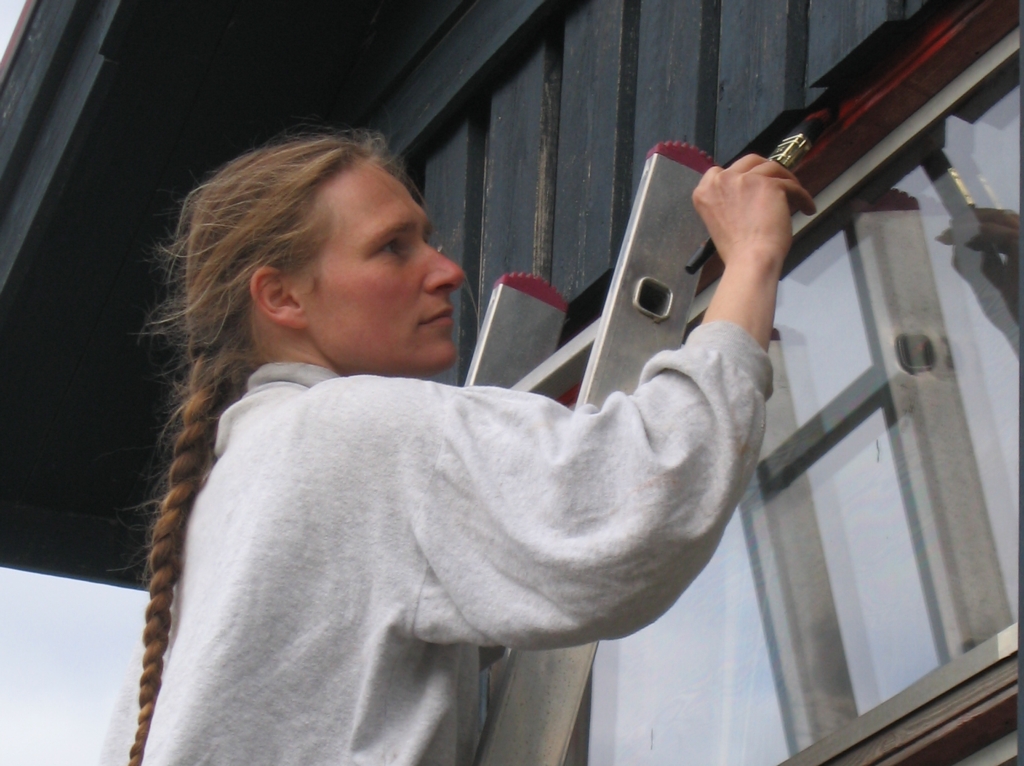 In 2007, the former freshwater and sewage pipes had to be renewed for about € 50,000 as a consequence of the enlargement of the airport. The owner of the campsite at that time was not willing to invest this sum and offered the campsite for sale to Andreas Umbreit, who was running it with his company Spitsbergen Tours. A seasonal guide of Spitsbergen Tours at that time, Michelle van Dijk, was enthusiastic about this possibility, so Longyearbyen Camping was sold to Michelle and Andreas. In addition to the campsite, both owners continue their other economic activities in Spitsbergen (Michelle: freelance guiding on ships and for hiking tours. Andreas: travel agencies Spitsbergen Tours & Terra Polaris). In 2012 Michelle bought out Andreas and is since then the sole owner of Longyearbyen Camping. Apart from the purchase and especially the expensive new pipes, further renovations had to be done urgently. Since then the building was painted outside and inside, a lot of things repaired, bikes and tents purchased, new kitchen facilities and new bathrooms installed. Visitors who have used the campingsite before and come now again, will notice some improvements.

Working at Longyearbyen Camping is not just a job but an experience - of Spitsbergen or with the special mix of personalities appearing in such a remote place. If you are interested, please read on:

Although its low number of overnight stays, working at Longyearbyen Camping is full-time job. Work is every day of the week, for about 3 months. Apart from the actual work to be done, we appreciate having a campsite attendant who is present and accessible for customers on the campsite also in some other parts of the day. The attendant can sleep on the campsite (bed in office or use a tent) and use all of its facilities - including the internet access of the office. An attendant is needed only for the summer season (June to September). So this is no all-year engagement. This can make sense, nevertheless, for somebody who can combine this for instance with a suitable flexible personal project possible on the campsite or in the Longyearbyen area, or who is sure that spending a summer like this, with people from many countries in such an exotic place, is the kind of experience one likes. For instance, we had an artist as campsite attendant, who flexibly used the service building at times of low activity as her art studio. More difficult and therefore less desirable also from our side is a combination of the campsite attendant job with another regular job (or also studies at UNIS) in Longyearbyen, because work on the campsite varies, which may lead to conflicts with a fixed schedule of another job or studies. 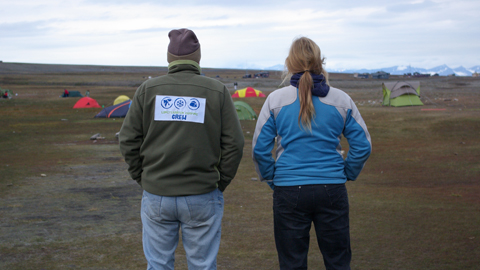 Another possibility is several persons applying for and doing this job together. This means less work (and thereby income) per person, but also much more freedom for having more time off in between, even several days in a row, to do other things in Spitsbergen.

Characteristics of and desirable qualifications for the work as campsite attendant:

To have control, the campsite attendant should live on the campsite (sleeping in the office in the service building, or in a tent). Furthermore, he/she should do this job for preferably a complete season. Requests for only a few weeks do not make much sense. Also, the work as a campsite attendant is difficult to combine with other jobs (guide, other jobs in Longyearbyen), which is therefore not wanted. 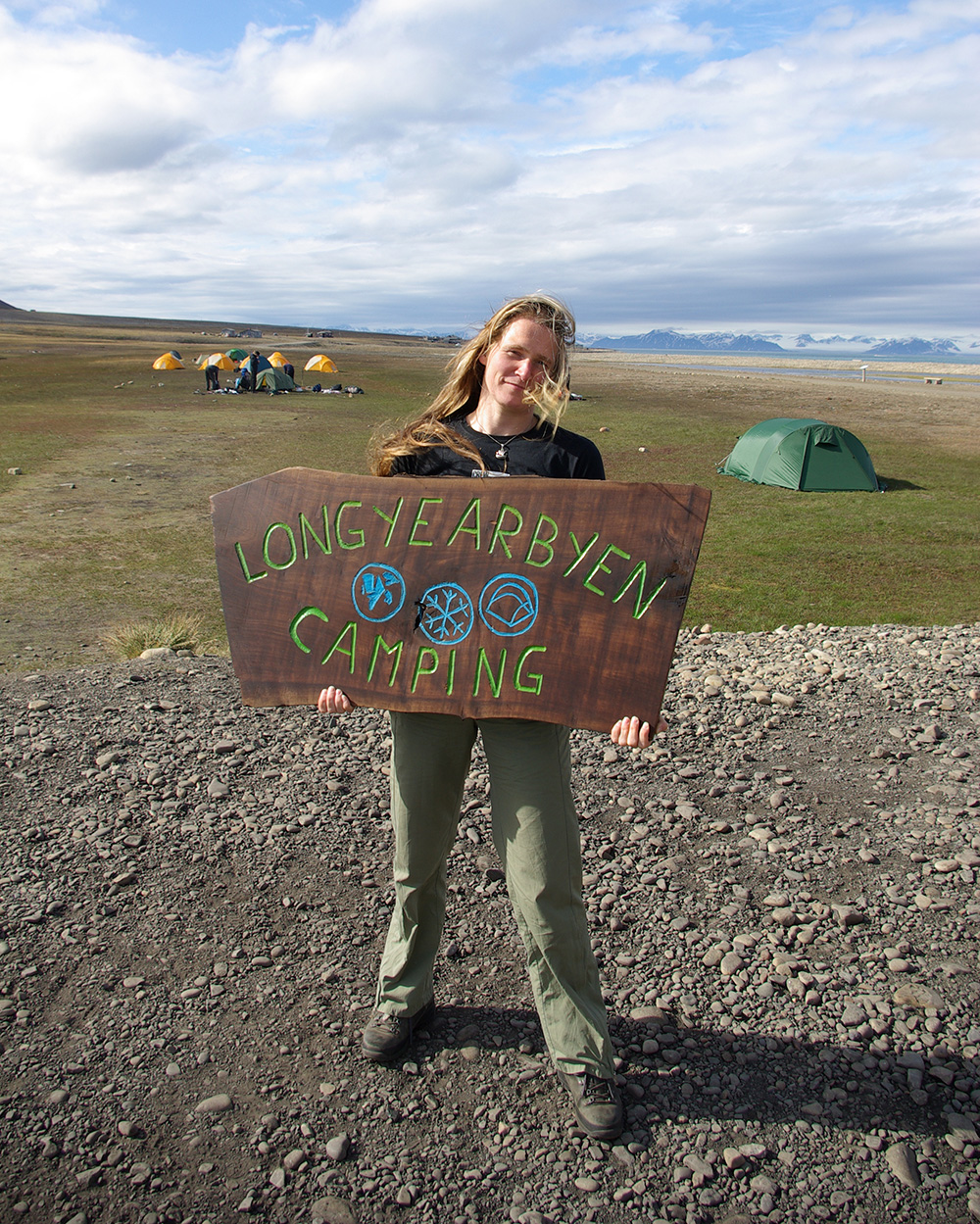 In case of interest, please contact mail@longyearbyen-camping.com - preferably already in autumn or winter, because usually, our staff decisions are taken already then for the season in the coming year.